The following individuals are in charge of the day-to-day management and operations of UOSA: 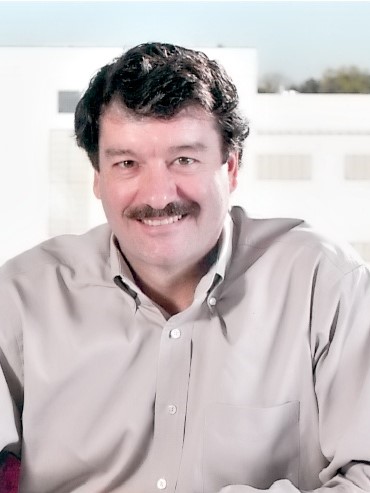 Robert W. Angelotti became UOSA’s Executive Director on February 5, 2021, after he served as the Deputy Executive Director of Technical Services for the previous four years. After working as a civil engineer for a land development consultant and as an instrument technician with an environmentally focused water quality laboratory Mr. Angelotti joined UOSA in 1985 as a staff engineer and served as UOSA’s Pretreatment Program and Regulatory Affairs Coordinators, Safety Officer, as well as I/I Abatement, Odor Control and Biosolids Program Managers. In 1989 he was promoted to become Systems Analysis Manager responsible for treatment plant and collection system process engineering, operations research and industrial computing networks contributing to the management of daily operations of the treatment plant. After serving in this capacity for eight years, he became Technical Support Group Manager overseeing all of UOSA’s engineering and IT efforts. In 2000, Mr. Angelotti was appointed Director of the Technical Services Division, was the Senior Project Manager for the Contract 54 expansion while overseeing and administering all other capital improvements, laboratory operations, acting as the chief information officer and directing UOSA’s business computing systems and process control engineering functions. Mr. Angelotti received his Bachelor of Science in Civil Engineering and a Master of Science in Environmental Engineering from Virginia Tech. He is a registered Professional Engineer and Certified Wastewater Operator in the Commonwealth of Virginia and has served on a number of state and national committees advancing the knowledge, practice and research of potable water reuse systems. 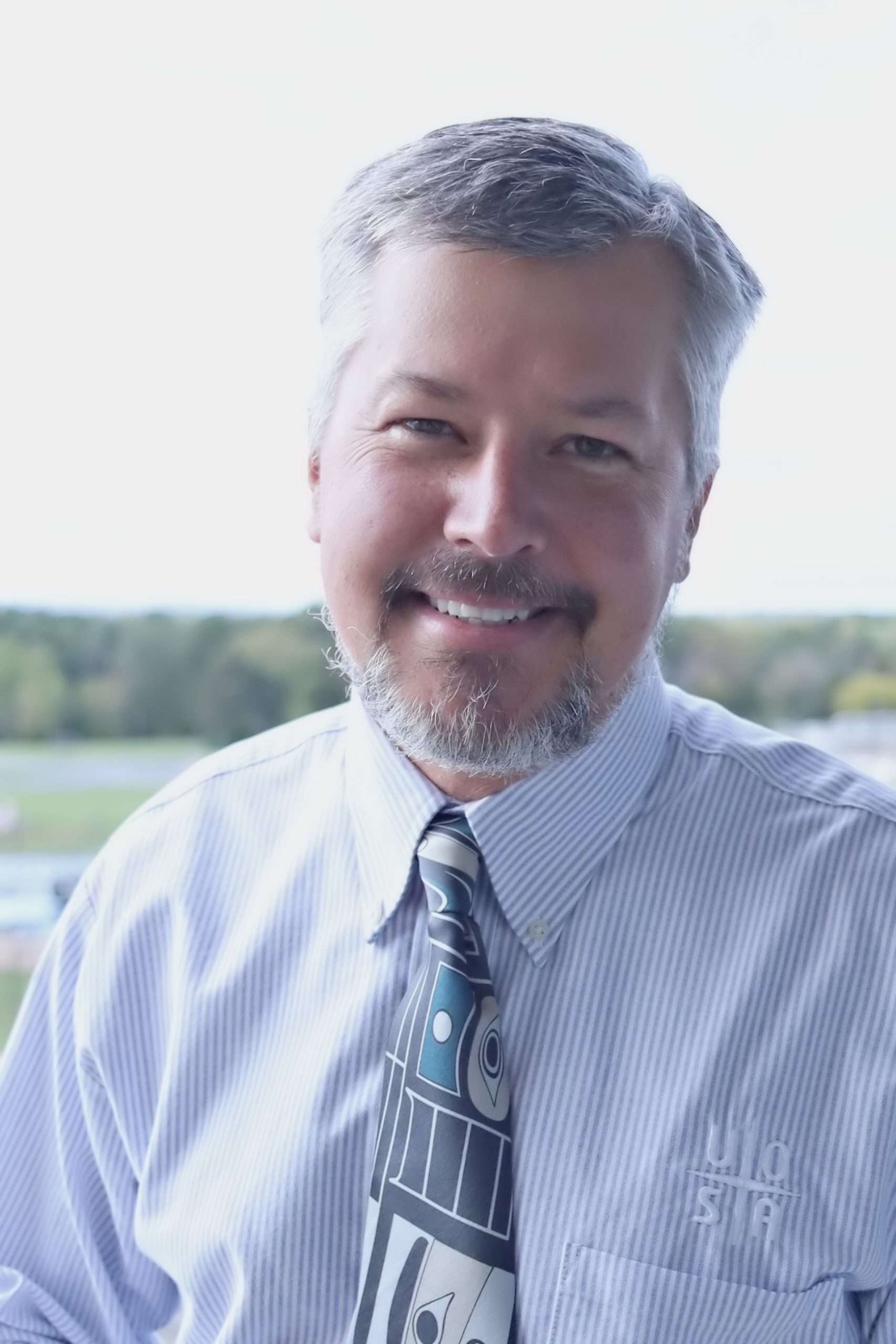 Brian L. Owsenek became UOSA’s Deputy Executive Director of Process and Maintenance on January 9, 2017 until February 5, 2021. He now serves as the Deputy Executive Director for the organization. Mr. Owsenek joined UOSA in 1998, having previously been employed as an engineering consultant on Department of Defense water treatment research and development projects. Mr. Owsenek originally joined UOSA to support control systems integration associated with the Project 54 construction effort and was promoted to Deputy Director of Treatment Process Division in 2001. After twelve years as Deputy Director, he was promoted to Director of Treatment Process in 2013, where he was responsible for permit compliance, water resource recovery and the day–to–day activities of plant operations and process control. Mr. Owsenek received his Bachelor of Science in Mechanical Engineering from Virginia Tech and a Master of Science in Mechanical Engineering from Texas A&M University. He is a registered Professional Engineer and has a Class 1 Wastewater Works License, a Class 2 Waste Management Facility License, and a U.S. patent related to membrane processes for water treatment. 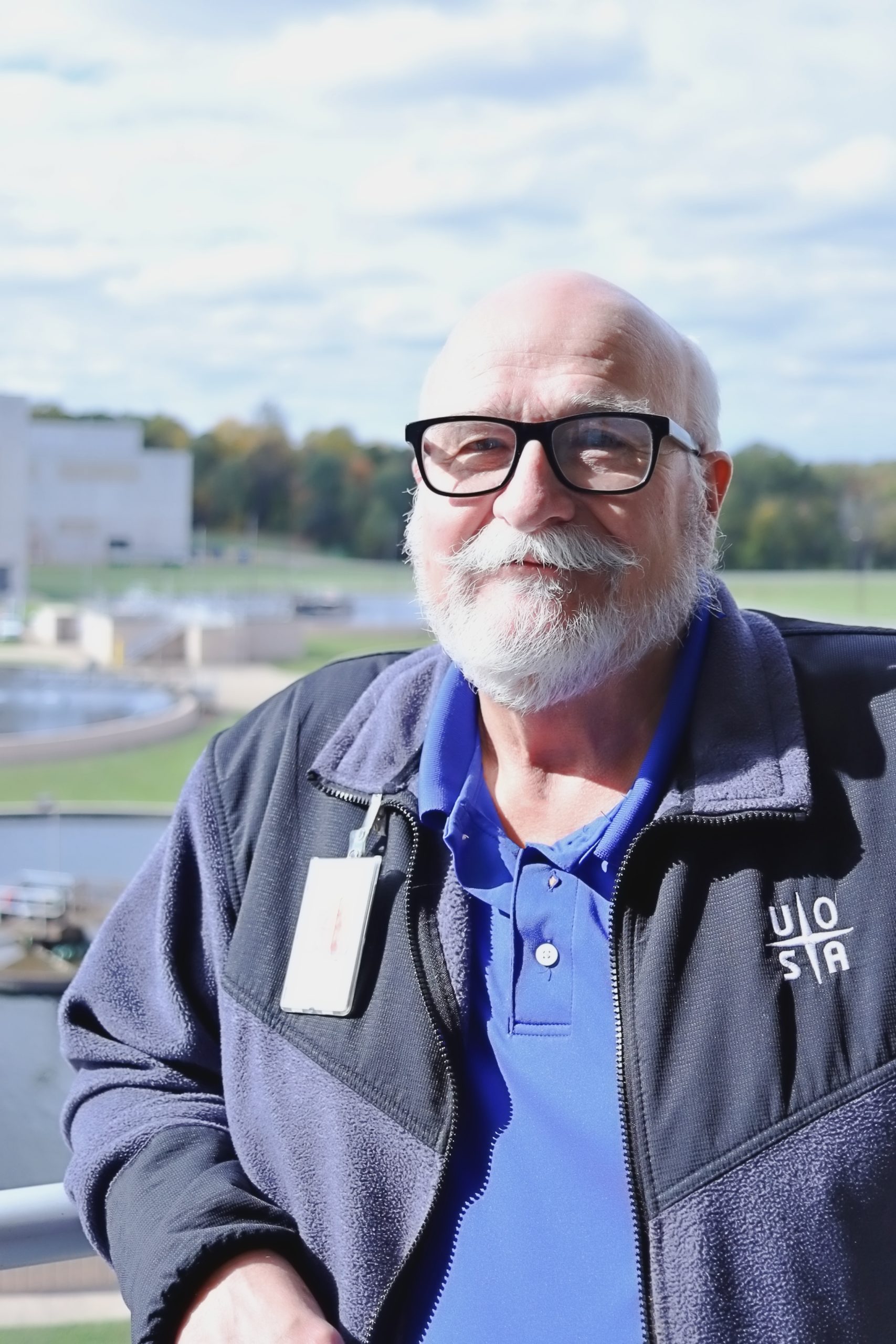 John W. Airhart began his employment as UOSA’s Manager of the Capital Improvements Section in May 2011. Mr. Airhart was promoted to Director of Capital Improvements in February 2021. Prior to joining UOSA, Mr. Airhart was the Senior Construction Project Manager for the Army’s Morale, Welfare, and Recreation command. Additionally, before that, he had a full career in the federal government working for the Federal Highway Administration as a construction engineer and retiring in 1999 as a Foreign Service Officer in the U.S. Agency for International Development. After graduating from Northeastern University with a Bachelor of Science in Civil Engineering, Mr. Airhart spent three years as a Peace Corps volunteer. Mr. Airhart is a registered Professional Engineer in the Commonwealth of Virginia.

Director of Engineering and Technology 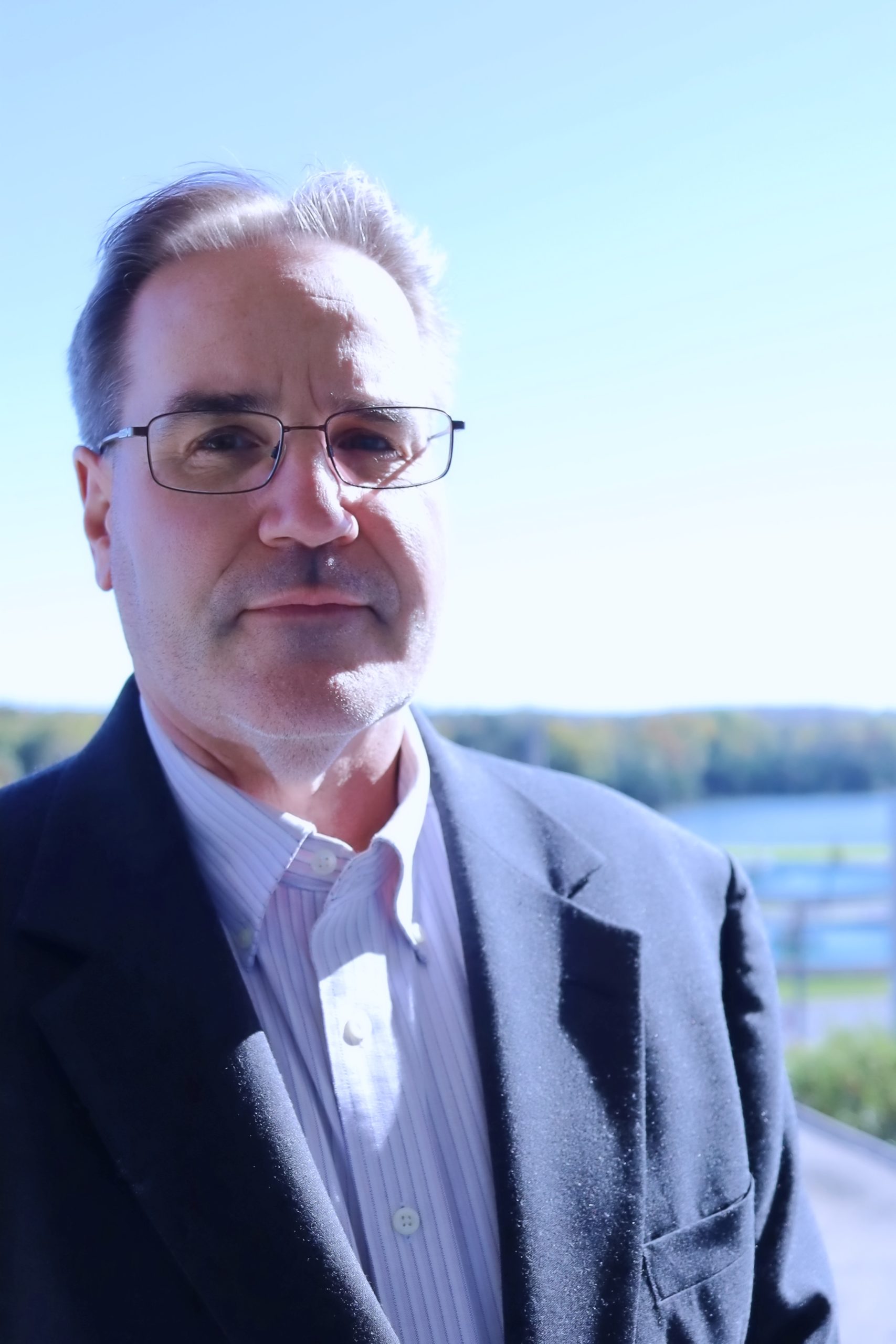 Mr. Schlosser became UOSA’s Director of Engineering and Technology on February 5, 2021. He acts as Engineering Director and Chief Information Officer, overseeing all of UOSA’s process engineering, IT, and process automation efforts. His tenure at UOSA began in October 1995, hired as a Process Engineer supporting the Contract 54 plant expansion. After leading the Technical Support Group as Manager through Contract 54 commissioning, Mr. Schlosser has fulfilled numerous technical and management roles for the organization including Process Engineer, Process Control Engineer, Technical Support Group Manager, and Engineering Group Manager. Prior to joining UOSA in October 1995, Mr. Schlosser produced propellants for the Navy as a Production Engineer at the Naval Surface Warfare Center (Indian Head). Mr. Schlosser received his Bachelor of Science in Chemical Engineering and a Master of Science in Environmental Engineering from Virginia Tech. 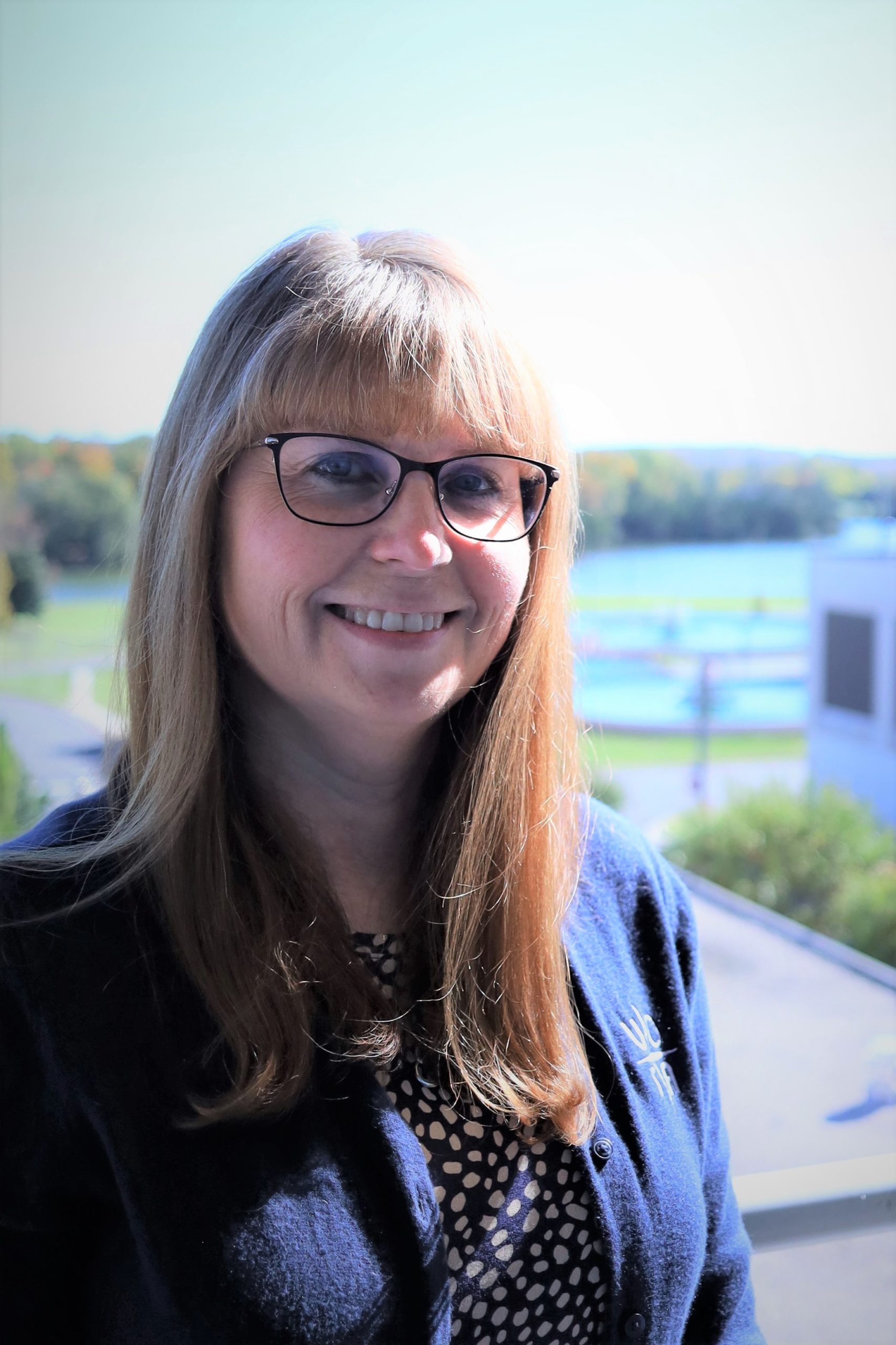 Mishelle R. Noble-Blair became UOSA’s Regulatory Affairs Director on February 5, 2021 with responsibility over UOSA’s regulatory, laboratory, safety and security programs. From July 2018 through February 2021, she served as UOSA’s Regulatory Affairs Coordinator. Ms. Noble-Blair holds a Bachelor’s Degree in Chemistry from the College of the Holy Cross and a Master’s of Science in Environmental Engineering from Manhattan College. She also holds a Virginia Class II Wastewater Treatment Operator’s License and a Virginia Erosion and Sediment Control Combined Administrator Certification. Prior to working at UOSA, Ms. Noble-Blair spent fourteen years in municipal water treatment, with engineering responsibility for environmental regulatory compliance, dams and reservoirs, water treatment processes, and source water protection. Before working in the water and wastewater field, Ms. Noble-Blair worked for several years in the manufacturing industry with responsibility for a wide variety of facility and engineering programs and projects. These included environmental compliance, industrial wastewater treatment and ultrapure water treatment. 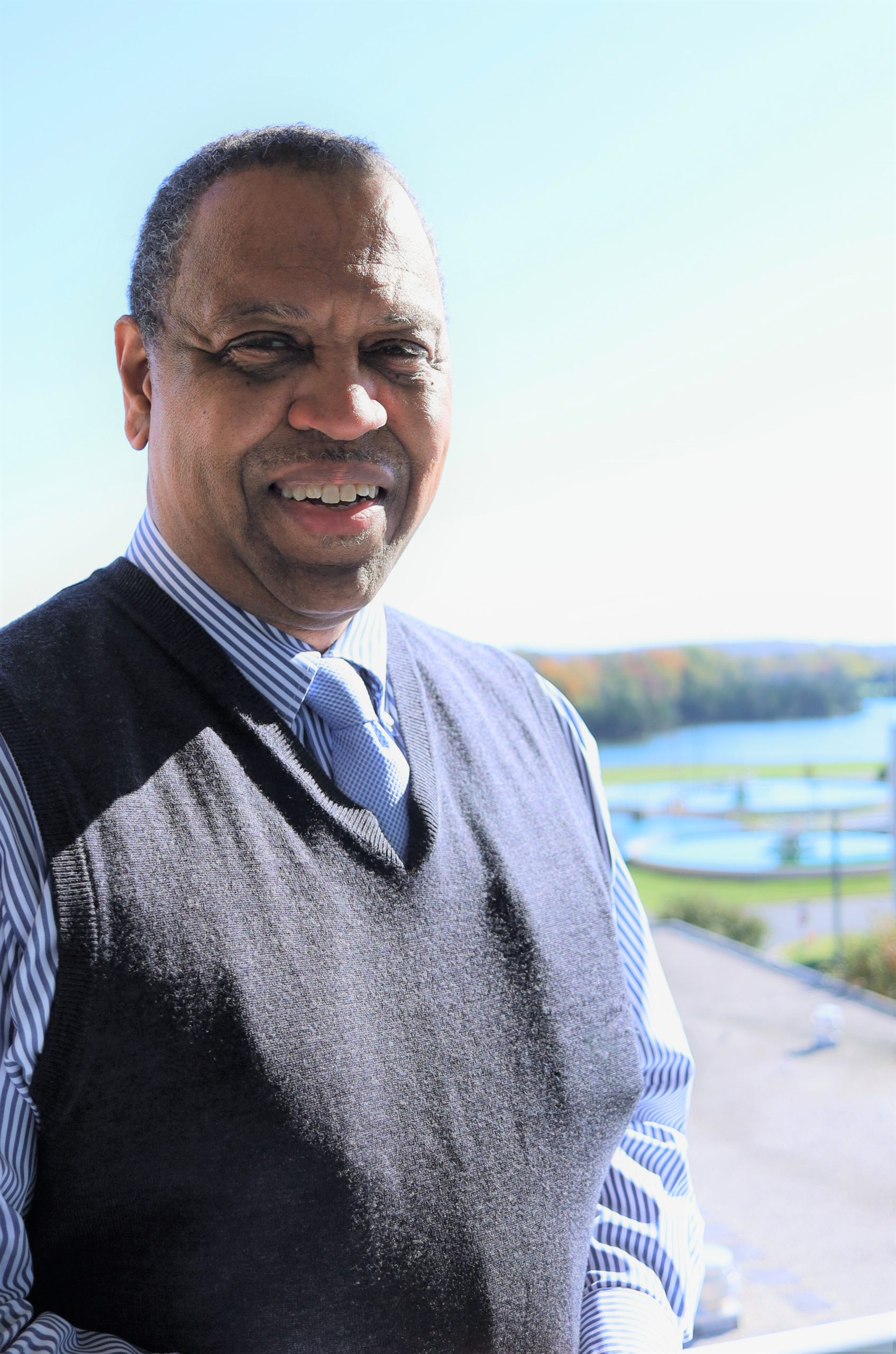 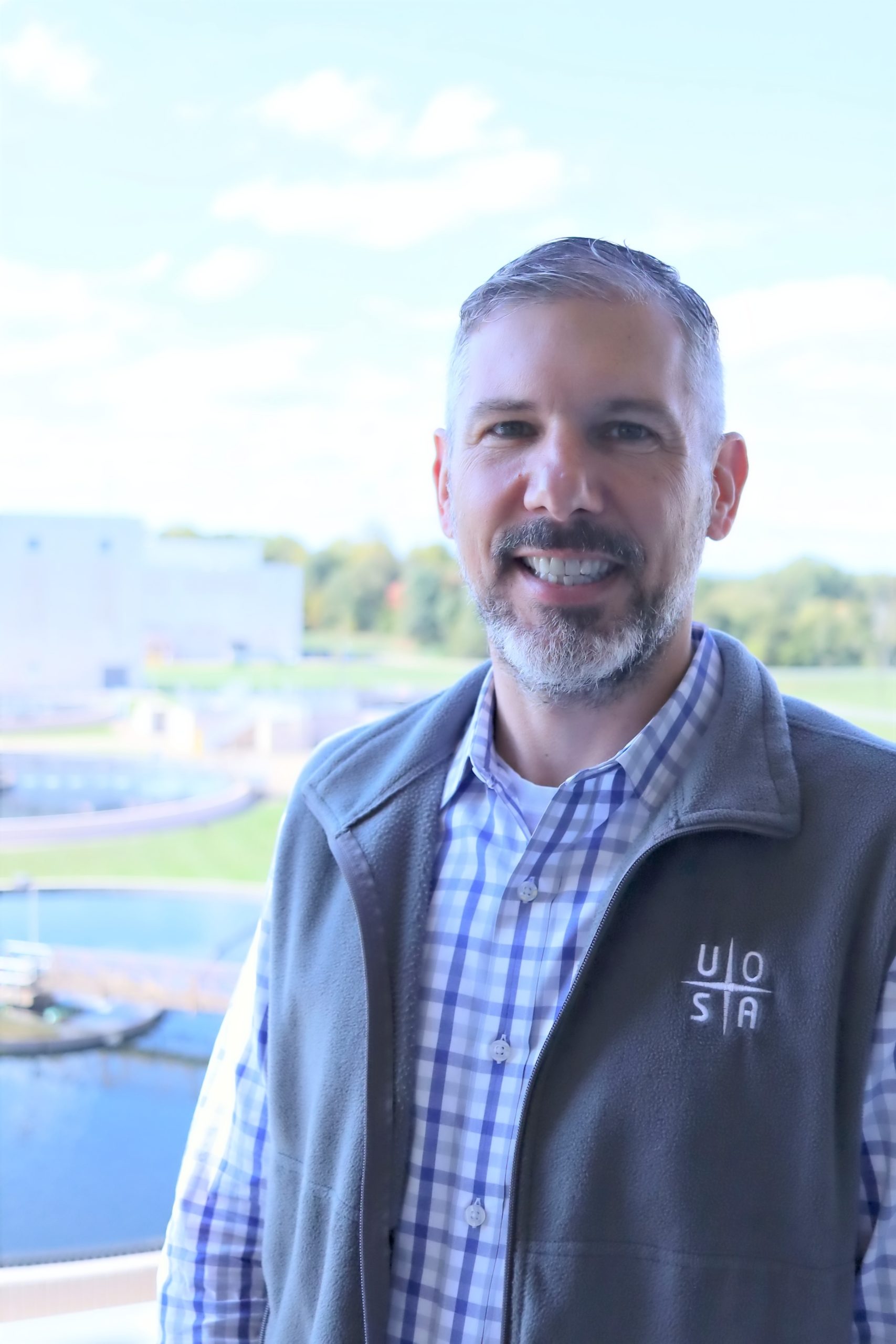 Kevin D. Wolfe became UOSA’s Director of Finance on July 8, 2019. Prior to joining UOSA, Mr. Wolfe had worked in a variety of financial management positions including Assistant Division Controller for a Fortune 500 public company. These positions included responsibilities for accounting, financial and managerial reporting, financial analysis and cross-functional team development. Mr. Wolfe joined UOSA on January 30, 2012 as the Financial Officer and was appointed as the Controller in mid-2015. Mr. Wolfe received his Bachelor of Science in Finance, Forensic Accounting and Fraud Investigation Certificate, and Executive MBA from West Virginia University.

Director of Operation and Maintenance 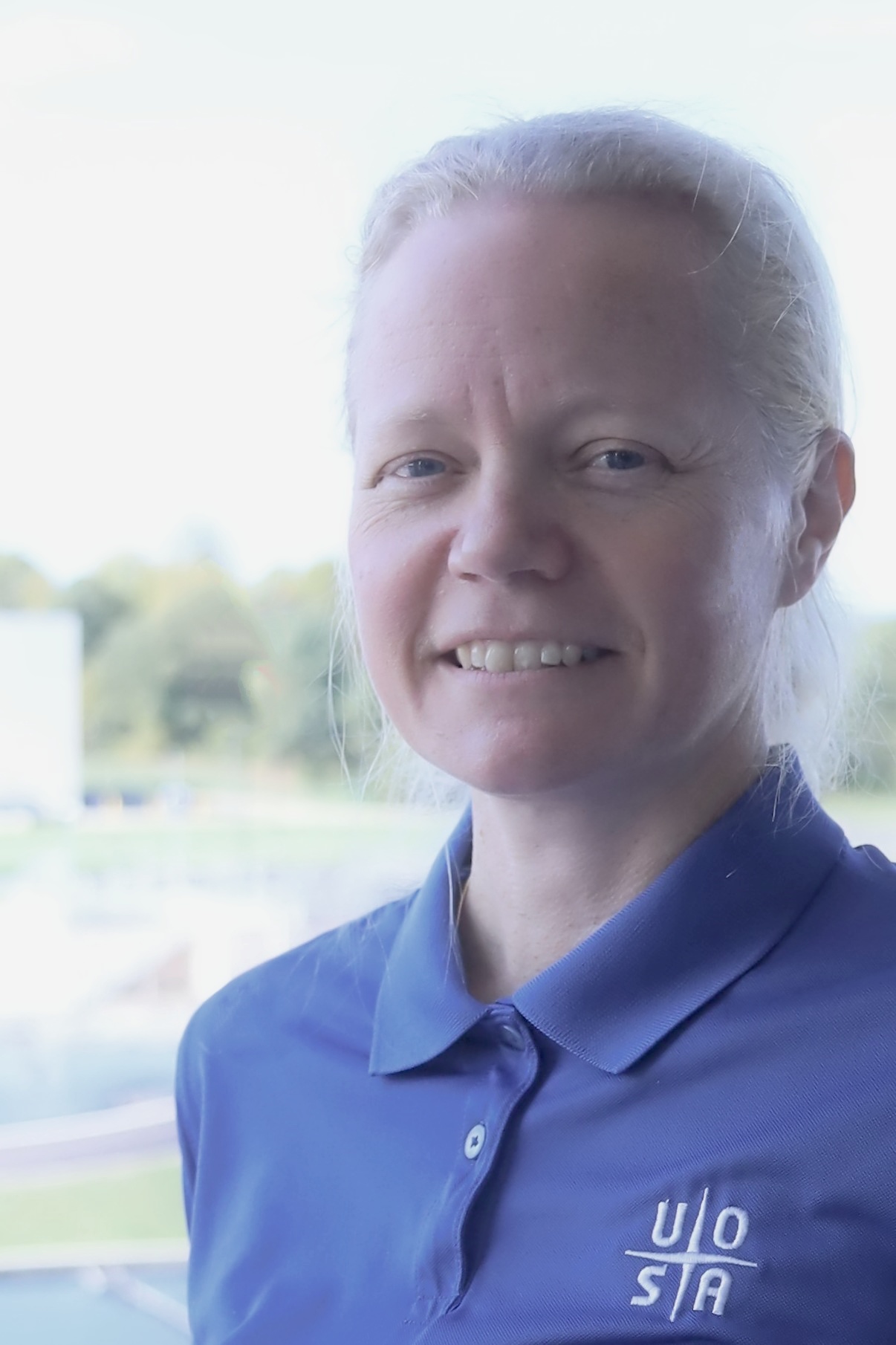 Nina S. Andgren is the Director of UOSA’s Operations and Maintenance Division. Ms. Andgren was promoted to Director of Operation and Maintenance in February 2021. She oversees staff in six departments: Delivery Systems, Electrical Systems, Facilities Management, Industrial Controls, Mechanical Systems, and Support Systems. Ms. Andgren started her engineering career in 1999, after receiving her Master of Science in Civil Engineering at Lund Institute of Technology (Sweden). She worked at the Public Works in Gothenburg as a Project Engineer and later as a Supervisor overseeing the operation of the city’s sewer system. In 2003 Ms. Andgren immigrated to Virginia. She started her career in the U.S. as a consultant, where she worked on a program management team overseeing a major upgrade to a waste water treatment facility in Northern Virginia. In January 2006, Ms. Andgren joined Upper Occoquan Service Authority as their Maintenance Engineer. She was appointed to Support Systems Manager in November 2014, and promoted to Deputy Director of Operations and Maintenance in November 2019. 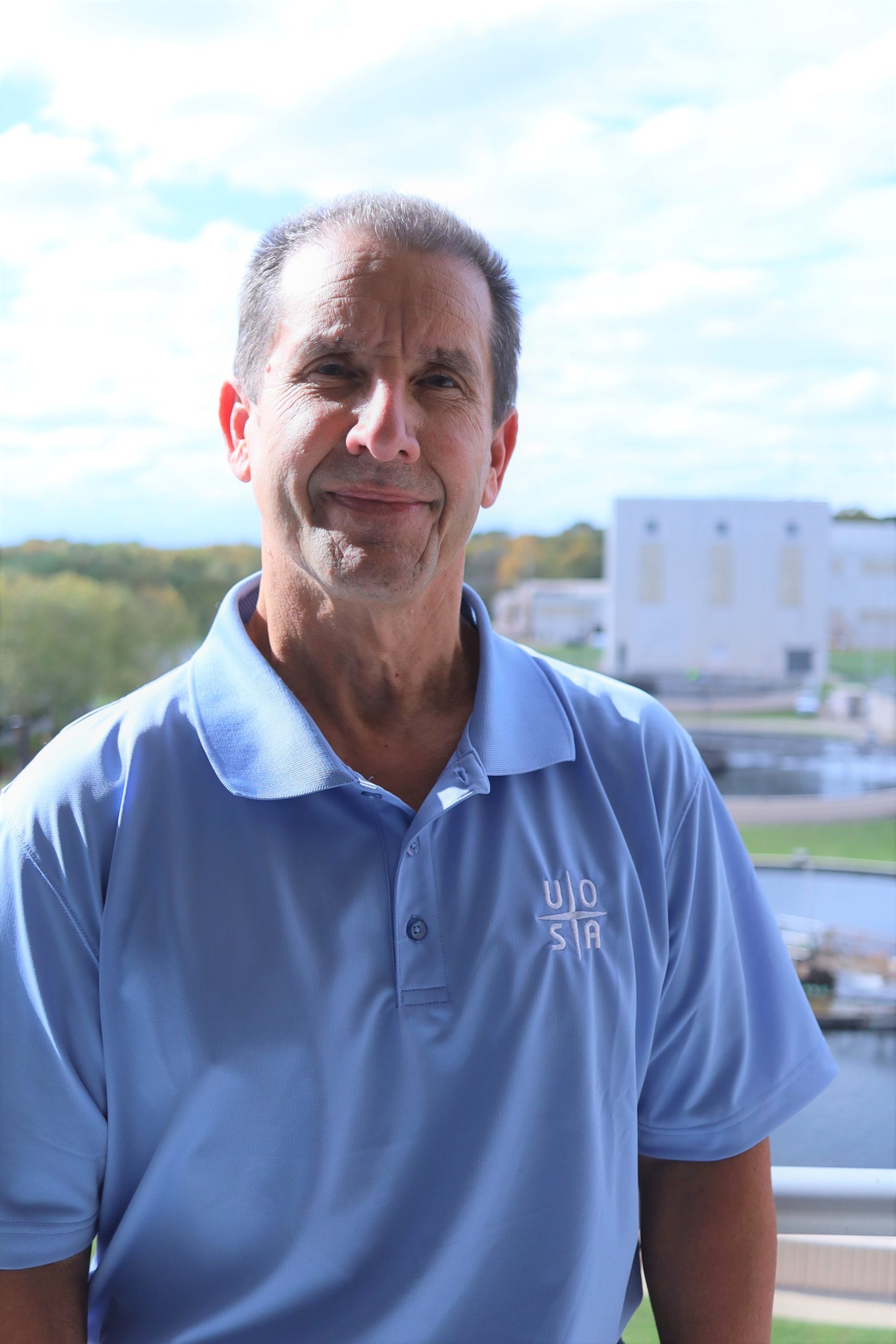 Robert A. Canham, Jr. is the Director of UOSA’s Treatment Process Division. Prior to joining UOSA, Mr. Canham practiced Civil/Environmental engineering for ten years for an engineering consulting firm. His assignments included planning, design, construction, commissioning and operation and maintenance of public utility infrastructure. Mr. Canham has over twenty-three years’ experience in engineering and management of advanced wastewater treatment plants and water reclamation facilities for the public sector. Mr. Canham is an accomplished training instructor with twenty-five years’ experience in the water and wastewater industry at both the college and utility level. Mr. Canham joined UOSA in 2013 as the Deputy Director of the Treatment Process Division and was appointed the Division Director at the start of 2017 where he oversees staff in the Liquids, Solids, Process, Operations Support, Training and Administrative Departments. Mr. Canham earned his Bachelor of Science degree in Civil Engineering and Master of Science degree in Environmental Engineering from Virginia Tech.